skip to main | skip to sidebar

Walking around Oxford, it is difficult to get a sense of the scale of the collegiate university. This was brought home to me a couple of weeks ago when I visited Worcester College at the invitation of Jane Gover, who amongst her many other roles serves as the College's admissions tutor.

I had walked past the entry to Worcester dozens of times on my way to and from the railway station, and like many Oxford Colleges, the impression that you receive from the front is of a reasonably imposing façade, but no real sense of the size of the operation behind the walls.

It was a very bright and crisp January morning when I reported to the porter's lodge. Jane showed me the main quad, with the medieval cottages that originally formed part of Gloucester College, a training seminary for Benedictine monks (which had occupied the site until the Dissolution of the Monasteries) and the dining hall, libraries and chapel, all of which conformed to my image of the usual Oxford college.I had assumed that we would then be heading indoors for a cup of coffee but she then led me through a short passage, and we emerged into a huge open space. It was at least half an hour later that we concluded the tour, and I felt justified in having the chocolate biscuit I was offered having walked for what seemed like miles.

Worcester College is vast (26 acres in fact) and the grounds include not only a lake, but sports pitches, tennis courts and a multi-gym. The College is engaged on a major building programme, and should be able to provide accommodation for all undergraduate students for the full duration of their degree course. Because of the screening however, a casual passer-by has no idea of any of this, nor can a website, prospectus or leaflet really capture how an individual college is as a place to live and study.

Worcester is not alone in concealing itself behind high walls, and all of the Colleges I have visited to date have much to recommend them that is not immediately obvious when you quickly peek through the gate at the lodge.

So - if you have an intention to apply to the University, a visit would be a very helpful part of the process. Fortunately there are plenty of opportunities to come to Oxford, and the programme of 2007 open days and college and departmental visits has just gone live on the University website. Full details can be found at www.admissions.ox.ac.uk/opendays.

Hope to see you soon!

My son applied in Dec 06 to read History but was unsuccessful.He intends to read the report sent to his school by the college in question and thus understand a little more why he was not offered a place, and this service is very helpful.
Reading this blog was helpful but I note that, to date, you have not covered history applications and interviews.I hope the 2007 blog will change this and help all applicants (new or reapplying) wanting to read history.

It's wonderful to have college accommodation throughpout your stay. How many other colleges are able to offer this?

Hello, I am applying for History at Oxford in 2008 and would like to echo the sentiments in the first comment, a post on history interviews would be absloutly invaluable to me.
Thank you for the other blogs though, they were very informative, even if they weren't my subject!

Please will you describe the governance arrangements for the various Colleges. Despite the objective data available about candidates acedemic ability, too much seems to rest of the opinions of a couple of individuals who conduct the interviews. It causes considerable concern to candidates to be rejected on this basis. Even in the same subject, different Colleges seem to vary enormously in their approach to selection. These idiosynchracies are not in the interests of the University, College or candidates.

Please could you explain why can't candidates apply for Cambridge & Oxford? No other Universities have similar arrangements in UCAS scheme, and there seems no 'logical' explanation. A bit more openess about the whole application process would be to the University's advantage, and dispell the impression of a lack of 'fairness', and that Oxford & Cambridge are being 'advantaged'.

Is Oxford going to start using AS levels & the modular scores in the assessment of applications?

My daughter wishes to re-apply to read History - does Oxford require that the marks of her A levels are declares as technically she would have marks prior in August while the deadline is October?

Charles Prendergast said...
This comment has been removed by the author.
Wednesday, December 12, 2007

My friend's son is applying next time around to read history and this information should be invaluable. I know that a lot of his peers are concerned by the whole application process and anything that helps make it more transparent (especially the reasons that people fail) is great! Many thanks and keep it up.

It's my sixth month here leaving and studying and enjoying myself in ACPE.The time had come when we were finally able to demonstrate what we had learned in the first term studying A Level. We were to make our teachers, our college, our family and, more importantly, ourselves proud of what we had eventually achieved.

The good enough article of I is very interesting. Prices on placing of the buttons are different but everybody chooses that to him it is comfortably and that answers his necessities and possibilities.

Thank you for the info. It sounds pretty user friendly. I guess I’ll pick one up for fun. thank u...

Great post! I really appreciate that you have made the post available , and the rest of this site is also in a high quality.

I really like visiting your site because I think your posts are amazing. Thanks a lot for sharing them.

Should check it twice - Right ;)

could you explain why can't candidates apply for Cambridge & Oxford?

Awesome interior design that is because here is some http://www.iessaywriter.com/
thing good for the people who loved fashion and related trend.

Another incredible article accommodation from you here. This is your best article yet. It was amusing to peruse this. Furthermore, I figure you can show improvement over this. I trust that you will. Anticipating it. candy crush download apk

You made some decent points there. I looked on the internet for the subject matter and found most individuals will consent with your site.
MediaOne

Thank you for explaining this so easily! 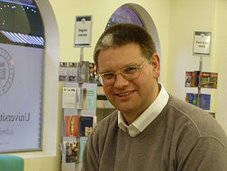 Mike Nicholson
I started as the Director of Undergraduate Admissions at the University of Oxford in October 2006. I am a graduate in English and History (University of Sheffield 1990) and also attended Allegheny College in Pennsylvania as an exchange student. Prior to working at Oxford I spent fourteen years working in admissions and student recruitment at the University of Essex, and have also worked for Newcastle University.